At the end of October I attended the launch event for The Voices in the Shadow – a new book which I am a proud to sponsor, which showcases the stories of 51 black women who have forged successful careers in the technology sector. The book shines a light on these women and their contributions, with the aim of helping to address the stark underrepresentation in the technology sector at a grassroots level, by inspiring tomorrow’s future talent.

Produced by a focused group of the Tech London Advocates, TLA Black Women in Tech, I became aware of this important project by way of my own work as a Tech London Advocate. Last year, during the height of the pandemic, I co-founded the Future of Work Group with TLA to champion and help organisations embed positive flexible working experiences. It was this work that connected me to Flavilla Fongang and the fabulous women driving the Black Women in Tech group, and through my business, Thrive HR Consulting, I wholeheartedly jumped at the opportunity to get involved.

The Voices in the Shadow is not ‘just’ a book; rather, 300 copies have been gifted to schools in the UK and Ireland to help pave the way for greater representation in technology careers in future. As a mother, I want to know that my daughter can grow up and pursue a career in any industry she cares too. The circular economy, so to speak, of the project speaks to me and it’s an honour to be involved. 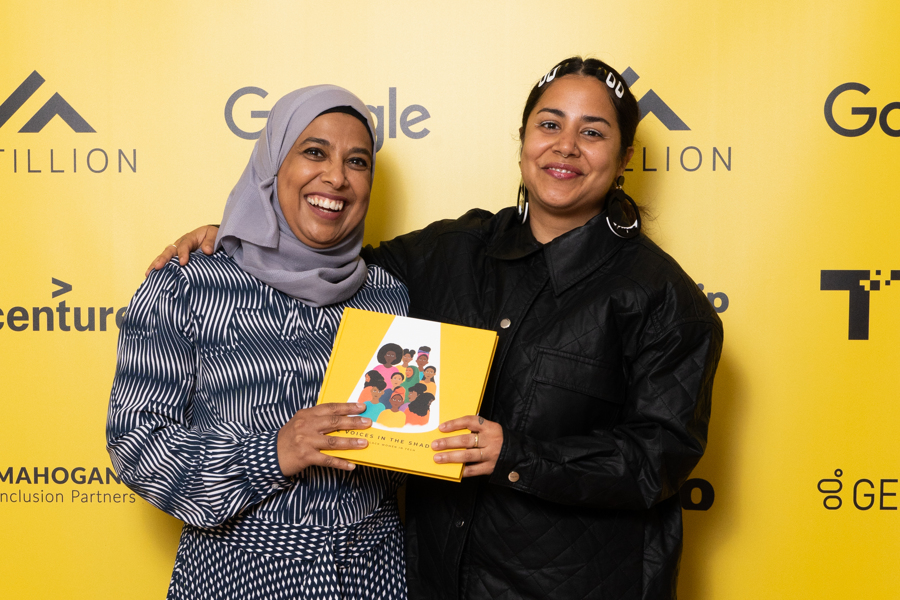 We all know there is an issue with diversity in STEM careers, with a recent report by WISE revealing that women occupy a staggering 16 per cent of tech roles, despite making up half the population; however, sadly this disparity is not unique to gender. Black, Asian and minority ethnic groups are vastly underrepresented in STEM fields in terms of both education and the workforce, and for BAME women, representation is even more stark. In producing this book, Flavilla aims to help address this at a grassroots level by showing our children stories of successful Black women who have forged an array of careers and continue to do so through major contributions and innovations in technology.

It’s a noble project with a paramount aim of addressing a major issue in the technology sector. According to BBSTEM, just 6.2 per cent of UK students enrolled onto STEM related courses at a university level identify as Black. For those that do go on to graduate and move into the technology workforce, these figures whittle down further, revealing a crisis level of representation of BAME women at a senior employee level, with women of BAME backgrounds making up just 2 per cent of boards and executive teams. In fact, within the top technology firms in the UK, over 70 per cent of boards and senior executives do not have BAME representation whatsoever according to BBSTEM research. 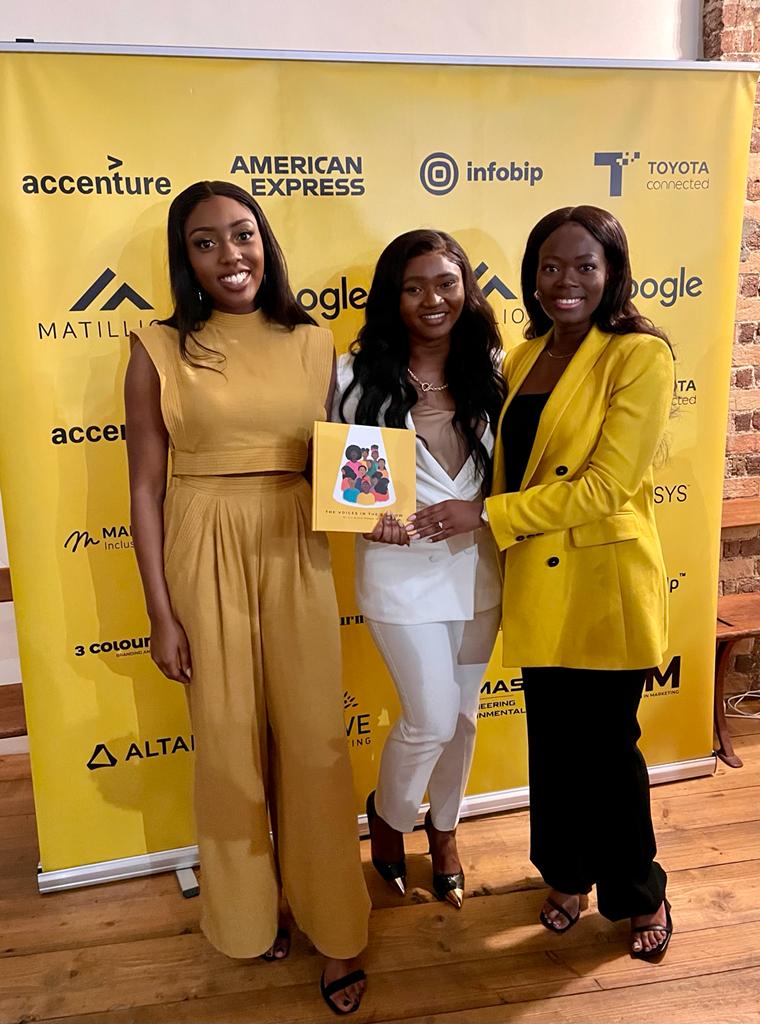 The Voices in the Shadow, at a grassroots level, aims to help address that and the TLA Black Women in Tech group will be keeping the world updated with their progress. They already have plans next year to measure the impact of the book and produce a report, which will be made available presenting insights and data back to the wider industry around future scholars’ aspirations to start a career in technology. Not content on stopping there, they also intend to carry out activities connecting young talent to the accomplished women featured in the book, helping to establish that all important connection through relationships. 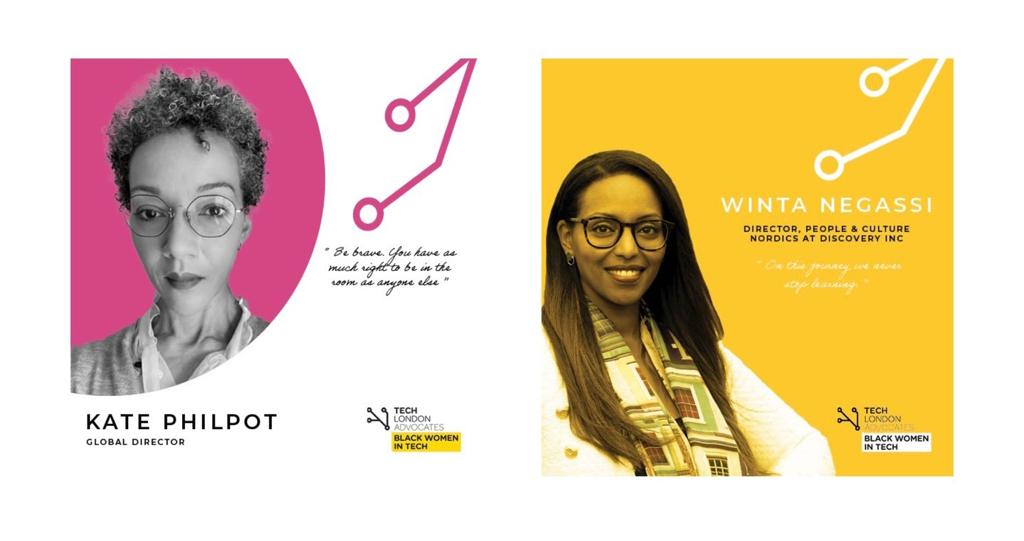 I had the pleasure of putting forward two colleagues for the book, Kate Philpot and Winta Negassi, both of whom I had the privilege of working with for several years. Their stories are insightful and inspiring. I can only hope that the young girls who pick up The Voices in the Shadow in their school library, see their faces and read their stories – read the stories of all 51 women featured – and a seed is planted with regards to their own future.

At last week’s event, Tara Ojo, Software Engineer at Google, when questioned on her involvement with The Voices in the Shadow said: “It’s so important to have our voices amplified and be seen so that others can see us. I would have loved to have seen this book when I was at school and just simply have known about all the different roles available to me. I’m so excited to see the impact of this.” 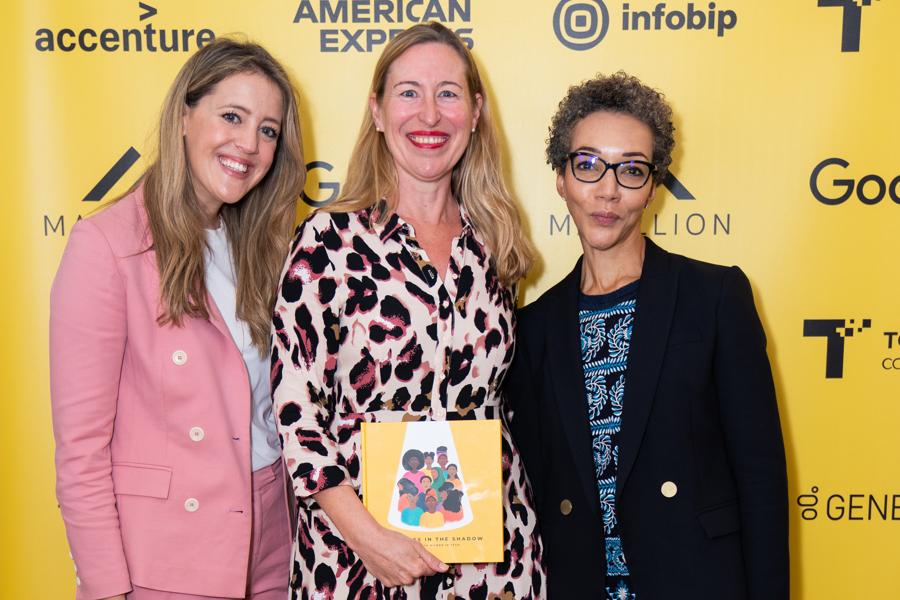 Children are fearless, imbued with boundless energy and curiosity, but accomplishing goals and breaking into a white, male-dominated industry and workspace can seem intimidating, impregnable even. Our workplaces must reflect the world in which we live, where people from all walks of life are appointed on their talent, merit and contribution, not on who they know or the colour of their skin.

Who knows, maybe one day girls will answer ‘Cloud Computing Engineer’ or ‘Software Developer’ when asked what they want to be when they leave school, rather than a ‘Fashion Designer’ which is currently the number one choice cited by girls, according to research from Nominet. In contrast, a whopping 69 per cent of boys identify a career in technology as their desired path forward, based on the top five choices cited, compared with just 12 per cent of girls. Whilst Fashion Design is an impressive career path, we want our young women and girls to know the wealth of options and opportunities that lay ahead of them and by showcasing the voices of amazing black women in tech, there is a real chance to realise that ambition. 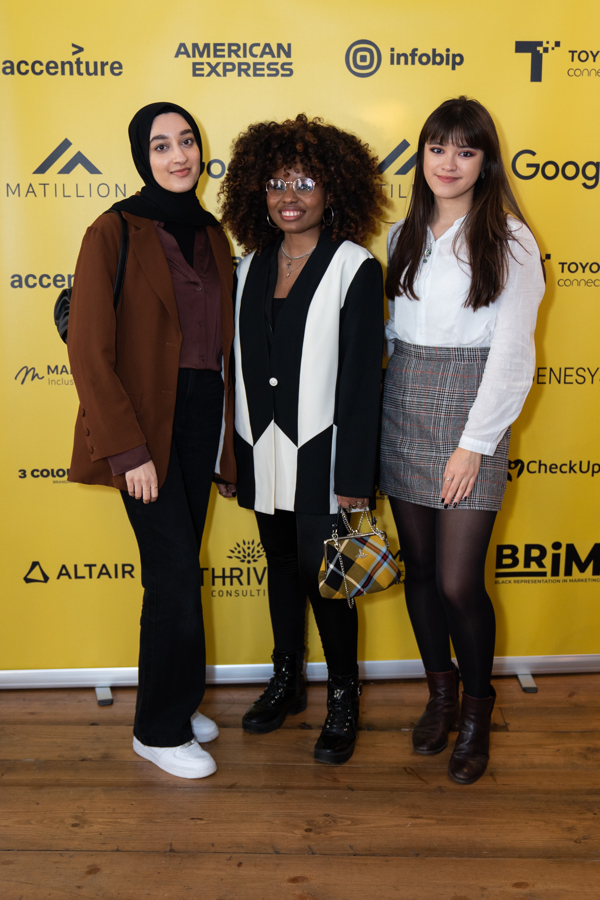 I’ll end on Flavilla’s words which she shared when she founded TLA Black Women in Tech – words which resonated with me and words I often reflect on when thinking of my own career and what lies ahead for my daughter: “We often only believe in what we see. Without improving representation, the less fortunate are often the ones left with limited aspiration.” Through this book, by giving it away to 300 schools and putting it in the hands of quite literally thousands of young students, Flavilla and the Black Women in Tech advocates have taken the lid off those limited aspirations and shone a light on the myriad of opportunities that lay ahead. That’s something I’m honoured to get behind.

You can download a free digital version of the book here
Louisa Steensma Williamson is the Founder and Director of Thrive HR Consulting. 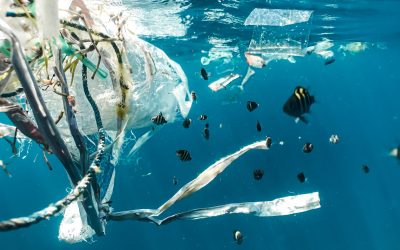 Sustainability has long been a buzzword in...

END_OF_DOCUMENT_TOKEN_TO_BE_REPLACED 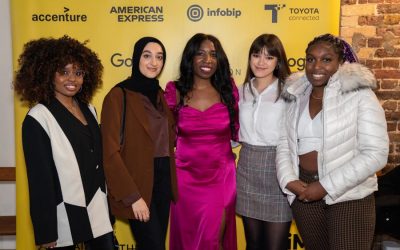 Faces from the ‘Voices In The Shadow’

END_OF_DOCUMENT_TOKEN_TO_BE_REPLACED

Why trust is crucial for remote leaders

Even with Covid-19 restrictions slowly lifting,...